Follow along all morning at www.northeastbbq.com
Tuna Assassin Jimmy Santapaola was kind enough to bring me some tuna steaks from his latest trip, landed less than 24 hours ago, I’ve got them cut into one inch mini steaks and into an overnight marinade. 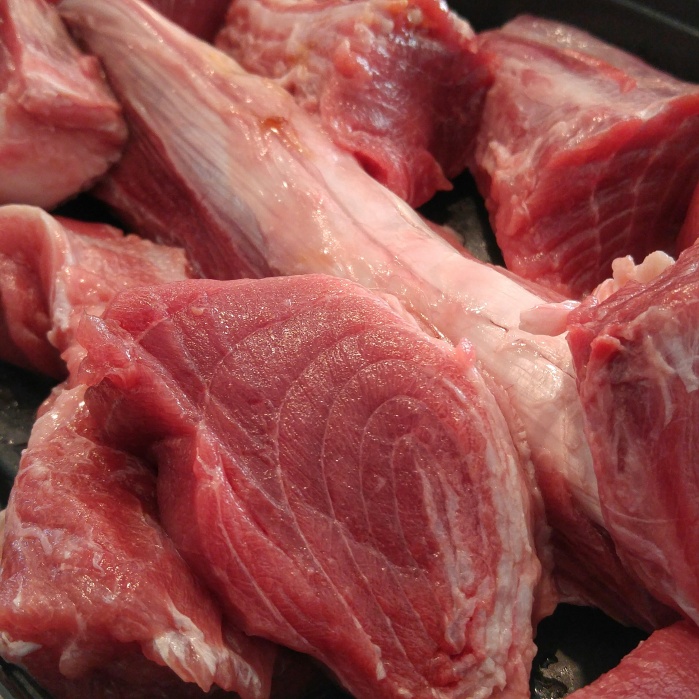 The marinade consisted of-

A Bottle of Veri Veri Teriyaki Marinade and Sauce

A Half a Tablespoon of Granulated Garlic

A Cup Of Light Brown Sugar

Put a third of the marinade in a heavy duty freezer bag, added tuna, added another third marinade, added a third of the tuna, and then the rest so its covered and placed in fridge overnight.

6:00AM Update
Tuna has absorbed most of the marinade and I’m going to lay it out on the smoker racks for a couple of hours to dry and form the pellicle.

8:35AM Update: Setting Up the smoker using the snake method.
Arranged a course of briquettes stacked up three high around the perimeter of the charcoal holder with chunks of apple wood and hickory chips.

Lit eight briquettes in the chimney and once they were glowing red and ashed over dumped them on one end of the course of the briquette “snake” so it will slowly work it’s way around the end and not too many coals will be going at once.
We are looking for temps of 225 for a couple of hours. If we simply filled up the charcoal basket with lit coals it would be difficult to keep the temps in the pit down. In this way it should be easier to keep the temps low for the duration. 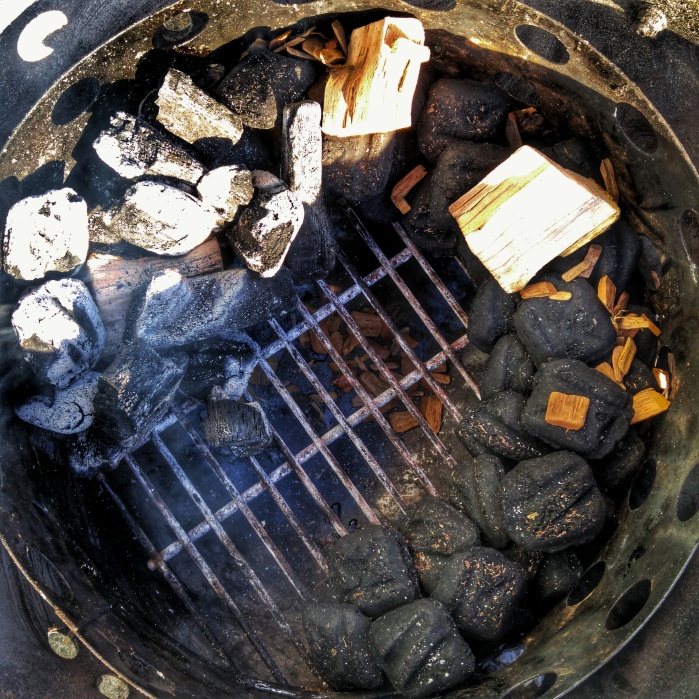 Filled the water pan to help moderate the temps, put the grates on and set up the remote maverick temperature gauge.

Pulled the thinner pieces of tuna off.

Sweet and spicy.  Tuna is still very moist.  I don’t like when smoked fish is dried out.  I wouldn’t change a thing except maybe add more red pepper for a little more heat.  Otherwise perfect.

The creator of goodmorninggloucester.org Lover of all things Gloucester and Cape Ann. GMG where we bring you the very best our town has to offer because we love to share all the great news and believe that by promoting others in our community everyone wins. View all posts by Joey Ciaramitaro