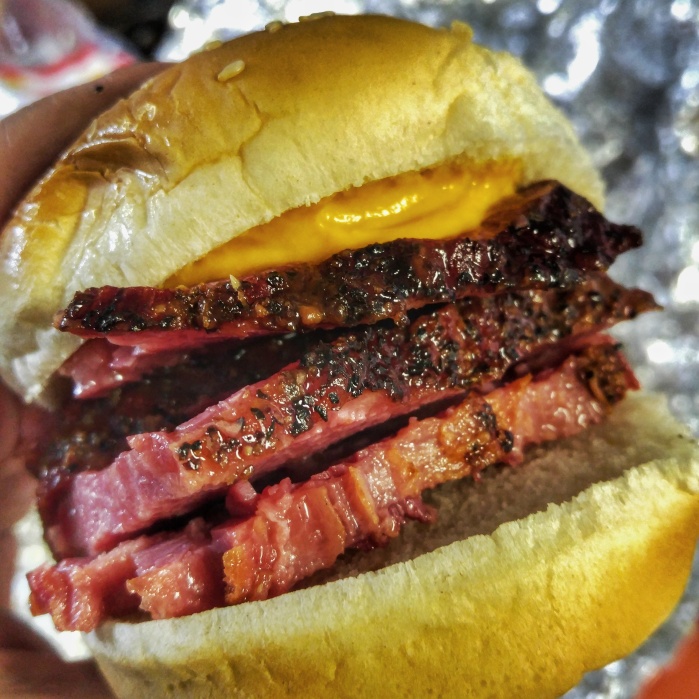 I’m all about value, and when Stop and Shop East Gloucester had Corned Beef Brisket for $1.67/ lb I had to pick one up just on principal alone.  I’d never cooked one but it just might be about the easiest thing I’ve ever smoked. 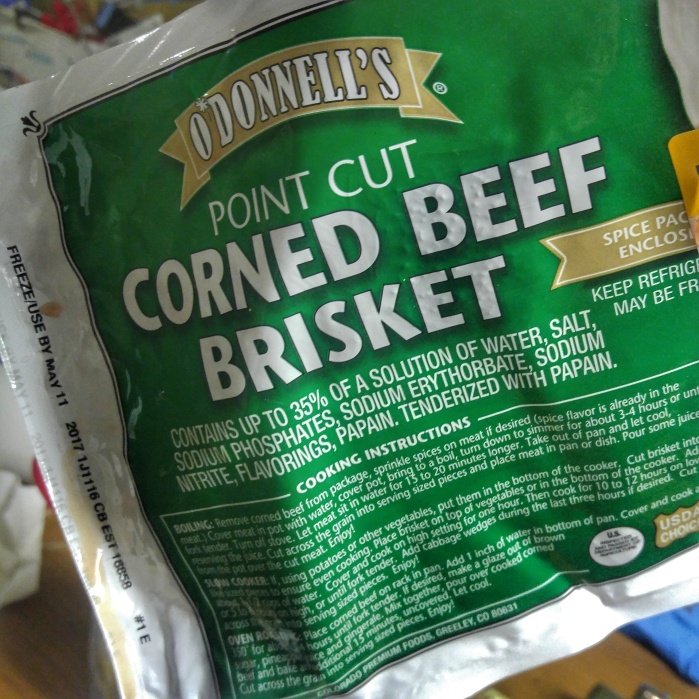 Took it out of the package, trimmed up any really thick globs of fat and patted it dry with paper towels, then applied Black Pepper all over.

Set up the Weber 22 inch One-Touch Premium using the snake method and cherry chips and a chunk of apple wood for smoke. 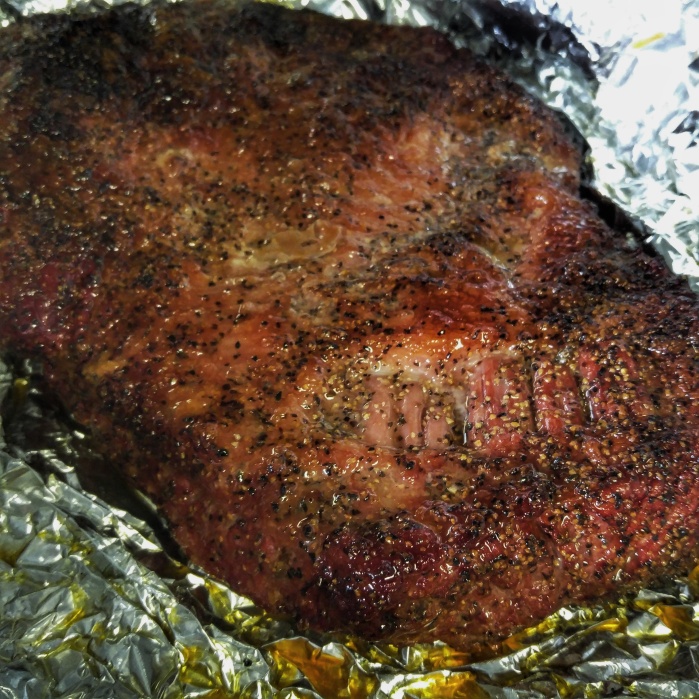 Wrapped in foil and let rest for an hour. 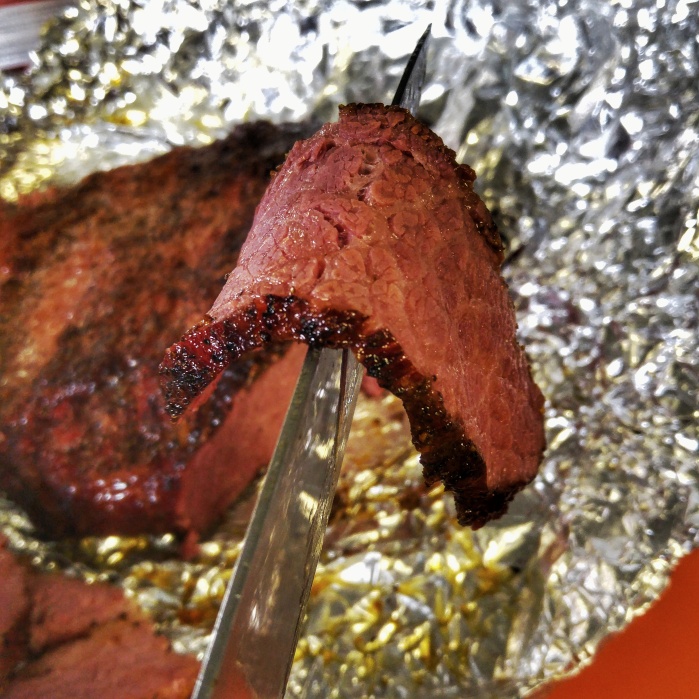 Piled on a bun with some spicy mustard. Easy and delicious.  I won’t pass on a deal like that again.