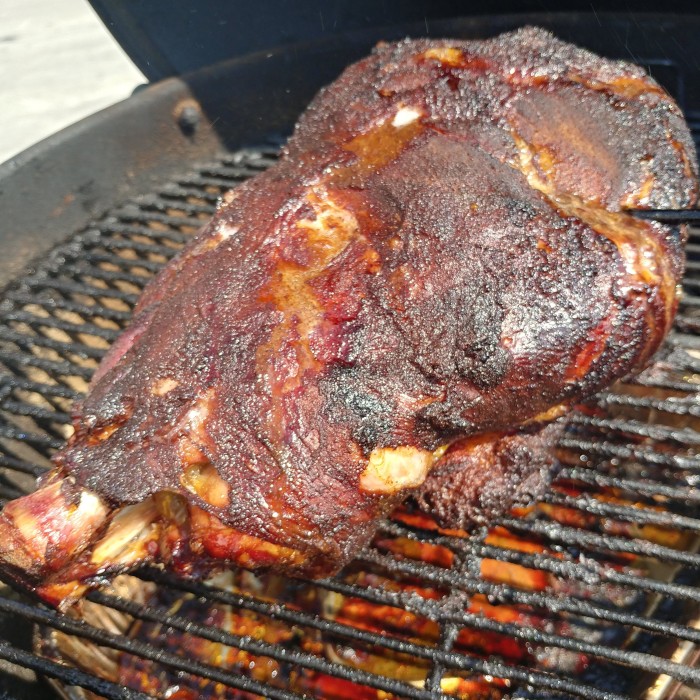 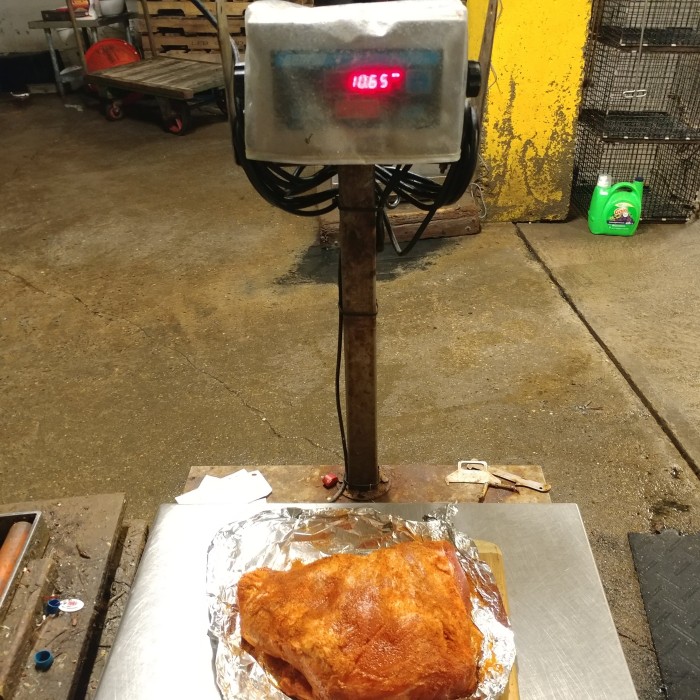 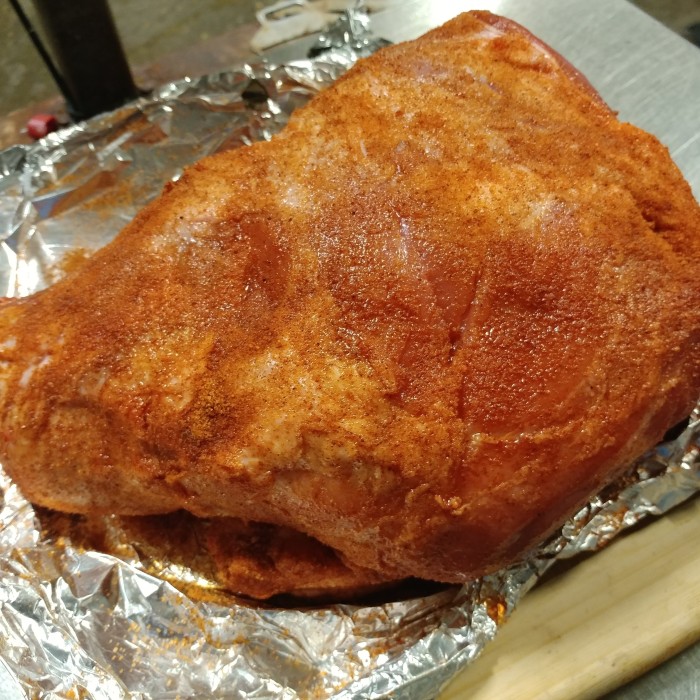 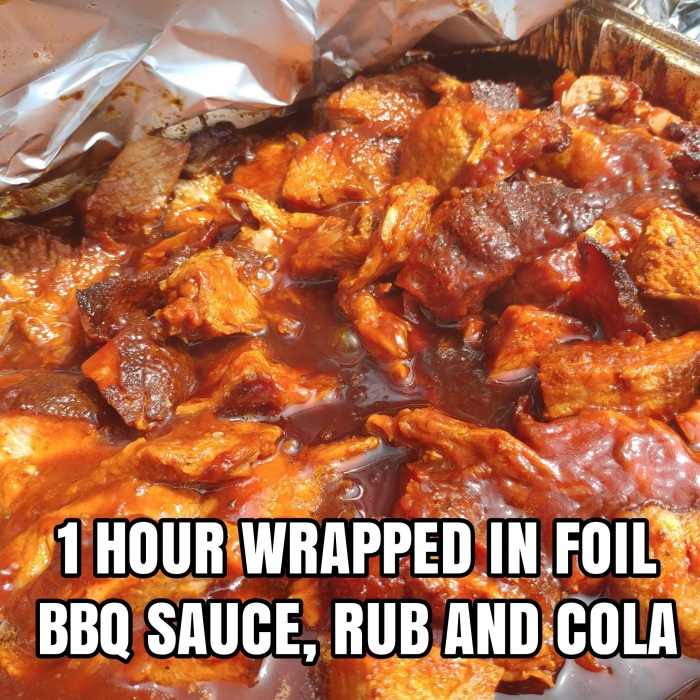 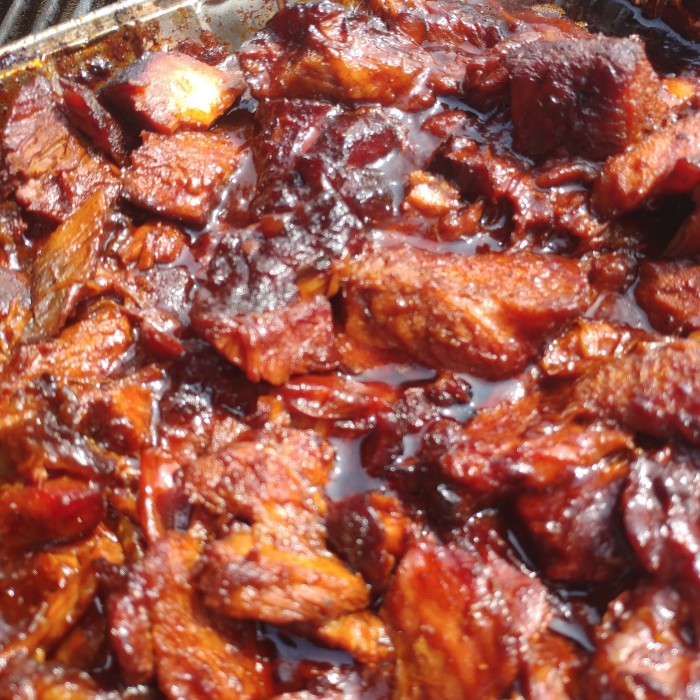 They Take A While.  But They Are Soooo Worth It!

Fired up the Weber Kettle using the snake method.  Cherry for smoke.

Trimmed the fat collar off the pork shoulder and put on a dry BBQ rub.

Placed a drip tray on the charcoal grate under the shoulder and let smoke roll starting at 9:30AM.  The kettle ran between 220-26 all day with very few adjustments.  Didn’t open the lid til 1:30.

Spritzed the shoulder with root beer every 30 minutes or so until we got to an internal temp of 170.   She sat n the stall at 160 degrees for over an hour or so.

Once the shoulder was 170, I pulled it off and cut one inch (roughly) chunks out of it.  Took the drip pan that was under the but and put all the cut up ends in along with a small bottle of Sweet Baby Rays BBQ sauce, a half can of root beer and a bunch of rub and mixed it all up.

At this point with the meat at 170 it still isn’t tender.  Placed two layers of foil covering the top of the foil pan.  At this point it was 2:30 and we had been cooking since 9:30 about a three pound shoulder.  5 hours.

Left the meat to braise, covered for another hour til 3:30.

After the hour braising I uncovered it and gave it a good toss to make sure all the bits were coated.  The liquid in the pan at this point you want to caramelize and reduce.  The foil is removed and every half hour or so I gave it another toss.  This is where the magic happens, the sweetness from the sauce and the root beer combine with the saltiness from the rub and the smoke and Oh My God It’s Truly Meat Candy.

Who’s gonna let a little snow stop them from manning the pit?  Not this guy!

A Snowy Owl stopped by to check out the action- 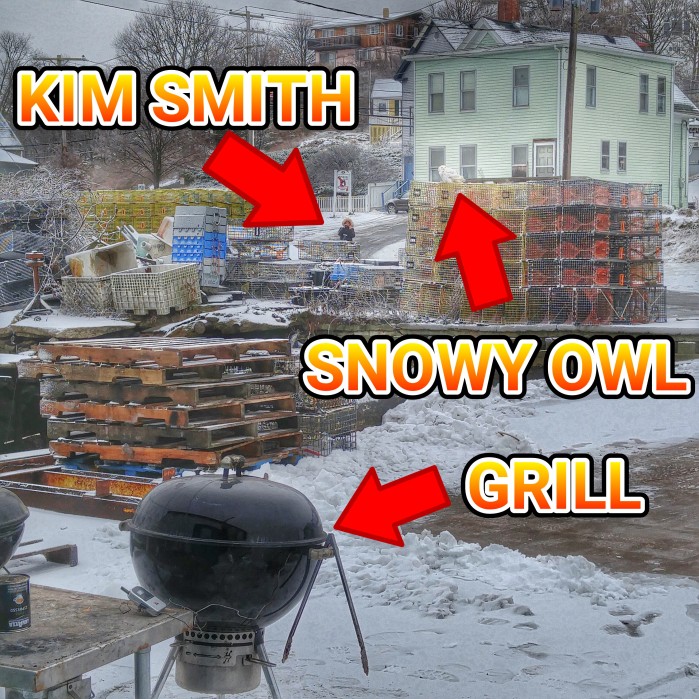 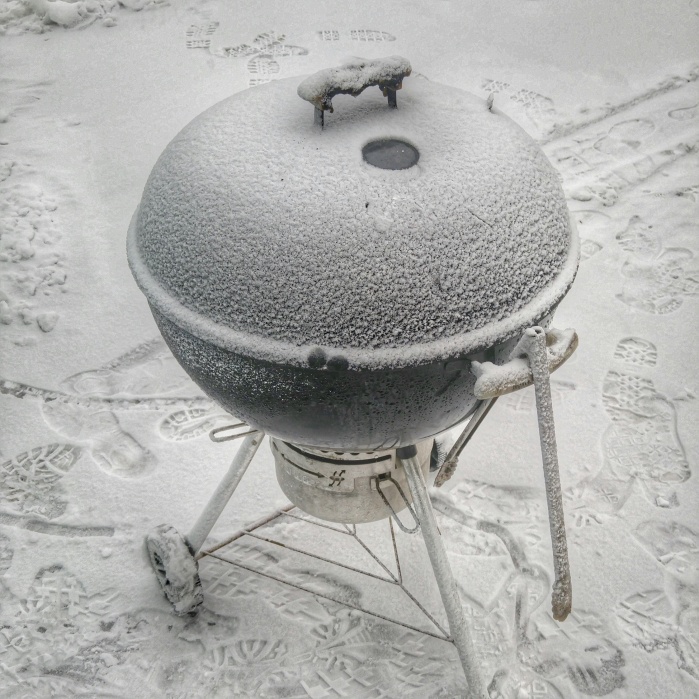 Country style boneless pork ribs hit the kettle.  I used hickory chunks and cherry chips, charcoal set up- snake method and tossed the water pan from the Western Mountain Smoker to keep the ribs from getting dried out.

Back on the kettle- 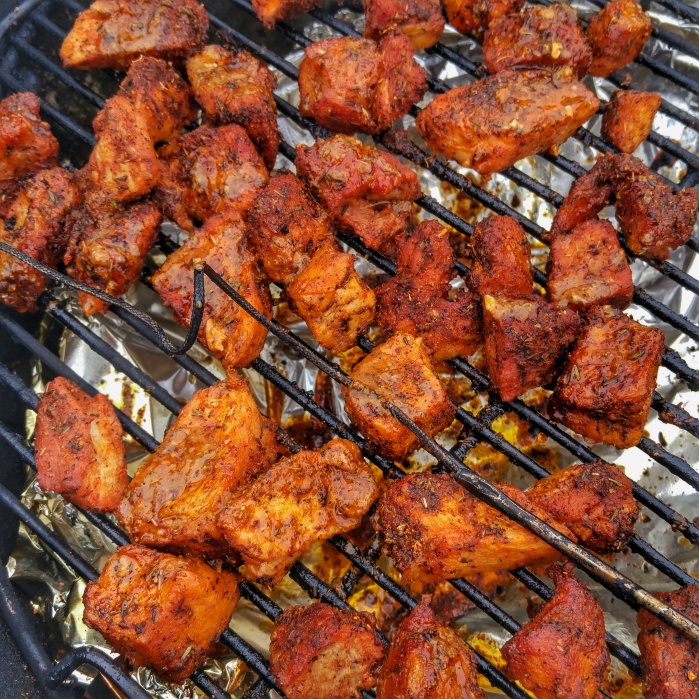